Russ Feingold Is Preparing for Earth Day (and So Are We) 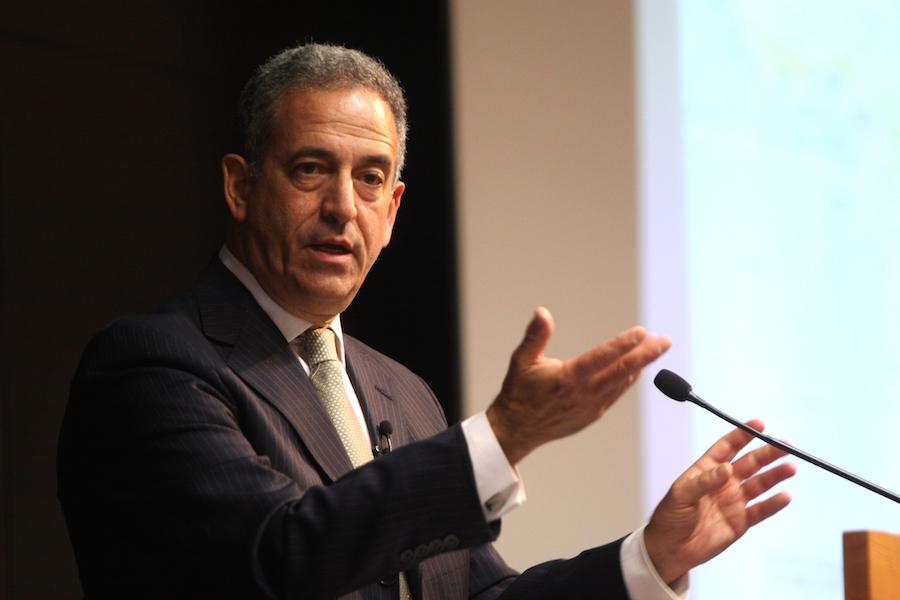 Sonoma received some distinguished guests from Wisconsin late last month, including Russ Feingold, a three-term U.S. senator from that state and key champion of an event that is near and dear to our hearts: Earth Day’s 50th Anniversary next April.

Begun in 1970 by legendary Wisconsin senator and governor Gaylord Nelson, Earth Day has since grown into a worldwide yearly phenomenon – part celebration, part demonstration and part public recognition of the declining state of Earth’s environment and the role humans play in that.

Feingold, a political descendent of Nelson and a reliable vote and voice for progressive causes in the Senate and afterward, currently co-chairs a “Year of the Environment” event series in Wisconsin leading up to Earth Day. The series, sponsored by the Nelson Institute for Environmental Studies based at University of Wisconsin-Madison, honors the legacy of Nelson’s famous day and his institute too, both of which turn 50. (Feingold’s fellow chair is former Wisconsin Gov. Tommy Thompson, a Republican, and bipartisanship on the environment is a major theme of the yearlong events.)

So we were interested to hear what Feingold had to say about Earth Day, environmentalism and other issues. On Sept. 25, he and we joined a small gathering of local and Wisconsin environmentalists – including Tia Nelson, daughter of the late senator and a powerful lifelong advocate in her own right – at a private residence a block from Sonoma Plaza for some wine and discussion.

“The biodiversity crisis is finally getting the attention it deserves,” Feingold said, pointing to a frightening new U.N. report on species extinction and to international efforts to reverse the trend. He noted the crisis is distinct from, but closely intertwined with, the climate crisis. (Besides his Earth Day work, Feingold is helping Campaign for Nature, a billion-dollar effort to stop biodiversity loss by conserving at least 30 percent of Earth’s habitat.)

Unfortunately, Feingold said, our ability to address these and other problems as a society is being hampered by a culture focused on rage – “Now it’s all about being angry” – and by a political movement that seeks to harness this rage. This has culminated in the Trump Administration, and the resulting damage to our institutions “is so fundamental and so extreme … it’s probably a 30- or 40-year project” to fix, he said.

Still, Feingold takes heart in the international movements – many of them picking up the slack from American leadership – dedicated to reversing climate change and species loss. Until Americans are able to install more forward-looking leaders in Washington, he advises citizens to focus on areas where they can make a difference.

“Look for things where you can feel positive and not bang your head against the wall,” he said. One of those things is Earth Day, which gives all of Earth’s citizens a voice and an opportunity to contemplate a better course of action for our future. Feingold believes Gaylord Nelson deserves much of the credit for making that possible.

Eventually, he said, momentum will build in the “worldwide struggle” against those forces facilitating and accelerating our environmental crises. For that to be truly successful, he added, “Young people are key.”