Sonoma Ecology Center has a long track record of successfully protecting Sonoma Valley’s open spaces. We do this by identifying opportunities for preservation, then working with partners to find common ground, both figuratively and literally. To date we have helped protect more than 5,000 acres of Sonoma Valley land by forming new preserves, adding land to existing state or regional parks, and guaranteeing the ongoing protection of key pieces of land.

When the state threatened to close Sugarloaf Ridge State Park, a 4,000-acre state park and local treasure, Sonoma Ecology Center pulled together a team of skilled nonprofits to create Team Sugarloaf, which reopened the park in 2012 and assumed responsibility for this local landmark.

Sonoma Ecology Center contracts with the City of Sonoma to operate Sonoma Garden Park, a 6.1-acre working farm, model of sustainable agriculture, center of education, and vibrant gathering place located at 19996 7th St. East in Sonoma. In the nearly 30 years we’ve operated this public park, it has become one of the community’s greatest resources — a lush garden where many of our classes, camps and educational workshops take place.

The former Sonoma Developmental Center, closed by the state in 2019, features a large campus surrounded by more than 700 acres of vital open space. It is the also the longtime home of Sonoma Ecology Center, which keeps offices alongside Sonoma Creek near the historic main campus building. Since the beginning of the closure process — a complex ongoing discussion involving multiple agencies and stakeholders — Sonoma Ecology Center has had a seat at the table to ensure protection of its invaluable open space along with the overall well-being of the SDC/Eldridge community.

Sonoma Overlook Trail is a three-mile walking path set into a hillside backdrop overlooking the City of Sonoma. A diverse array of native plants and animals grace this public trail, and the meadow at its top features spectacular views of Montini Open Space Preserve, the City of Sonoma, Sonoma Valley and the Bay Area beyond. In partnership with the City of Sonoma and Sonoma Ecology Center, Sonoma Overlook Trail Stewards now have the lead responsibility for stewardship of the trail. Trained docents knowledgeable about the trail’s flora, fauna, and history are available to guide private groups.

Established by Ag + Open Space in 2005, this 98-acre property abutting the City of Sonoma’s northern slopes was transferred to the city in 2011. Sonoma Ecology Center helped guide the transfer, and now partners with the city in managing and restoring the land, which features oak woodlands, seasonal streams and a variety of native flora and fauna.

Van Hoosear is a stunning 163-acre privately owned preserve that is is permanently protected under a conservation easement. Sonoma Ecology Center manages the preserve with the landowner and leads public walks each spring through its spectacular wildflower displays. Van Hoosear is home to more than 250 species of common and rare wildflowers and native grasses, and a favorite spot for our outings.

In 1995, a volunteer named Christy Vreeland approached us with an idea: create a habitat corridor in Sonoma Valley connecting Sonoma Mountain with the Mayacamas so that its ecosystem remains healthy and diverse. Sonoma Ecology Center promoted Vreeland’s idea with local agencies and districts, and a Sonoma Valley habitat corridor began to take shape. Local property owners worked with preservation organizations to place easements on their land, fences were removed, passageways cleared, and habitat restored. Today, more than 5,000 acres of what is now called the Sonoma Valley Wildlife Corridor have been protected thanks to one person’s vision.

Formerly a neglected ditch running through the City of Sonoma, Nathanson Creek Preserve is now a three-quarter-mile greenway with trails and a native plant demonstration garden. This city jewel in the heart of downtown is located alongside two schools, both of which use it as a living outdoor classroom. Local gardening enthusiasts volunteer their time to keep the demonstration garden, located at 2nd St. East and MacArthur, flourishing.

Sonoma Ecology Center has played a critical role in many more preservation victories, finding solutions with landowners and agencies that resulted in protecting the following open spaces, among others. All are important parts of Sonoma Valley that residents and visitors cherish:

To discuss our land preservation capabilities, contact us at info@sonomaecologycenter.org.

Richard has more than 30 years of experience in environmental policy and nonprofit management. With expertise in land negotiation, he has worked with multiple interest groups, and encouraged policies to establish protected lands. He co-founded Sonoma Ecology Center in 1990 and has been director since 1992. 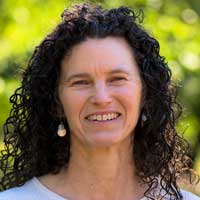