An Earth Day Shout-Out from Nature Via Bernie Krause

We have many things to celebrate this Earth Day, and the list includes the ongoing celebrity of our good friend, Glen Ellen resident and Sonoma Ecology Center Board member, Bernie Krause.

As a pioneer of soundscape ecology—and before that a highly successful musician and sound effects expert—Bernie’s influence is not new. But thanks to publicity like this just-released New York Times piece or this excellent NPR interview, his star never seems to fade.

That’s good, because Bernie’s message is important. Humans, he notes, are destroying the ecological systems on which life depends. But we can begin to reverse that trend by doing something very simple: listening.

From birdsong to whale noises to the howling of wolves, sound is part and parcel of natural processes. Human cacophony—airplanes, traffic, construction and so on—is upsetting nature’s orchestra, and as habitat dwindles, those orchestras are turning silent. But Bernie points out (and the current economic shutdown backs him up) that for the natural world, human silence is golden.

For the first time in decades, with fewer planes in the air and ships in the water, nature is able to hear itself think. Against all expectations, this April has been a kind of reverse Silent Spring, with the humans doing the quieting down for once.

When it comes to making nature recordings, Bernie’s home base is Sugarloaf Ridge State Park, where he has set up at the same location and time of day for many years. Please enjoy this recent recording from April 15, as dawn arrived to Sugarloaf:

Be sure to listen to that NPR interview for more mind-blowing recordings by Bernie, including one of whispering wolves and another of frog song disrupted by a military jet.

For more on Bernie Krause: 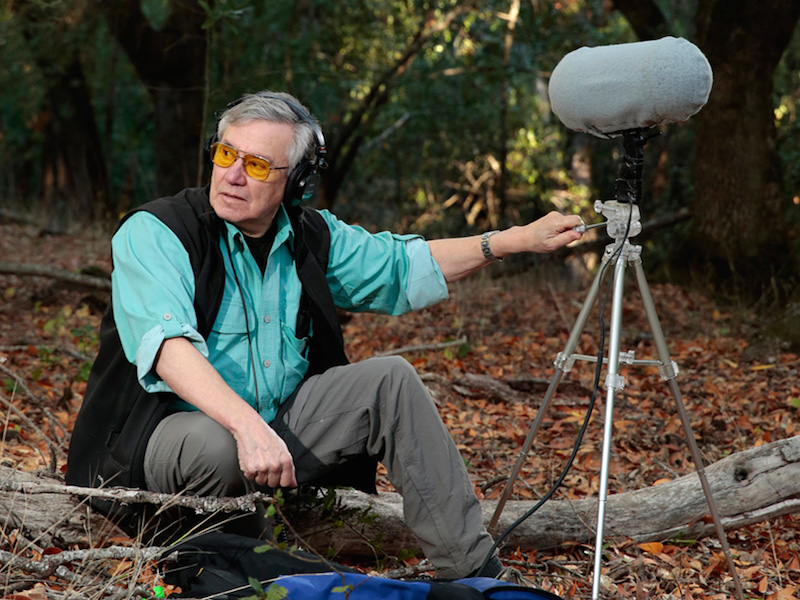