Can Sonoma Valley Save the Kenwood Marsh Checkerbloom? 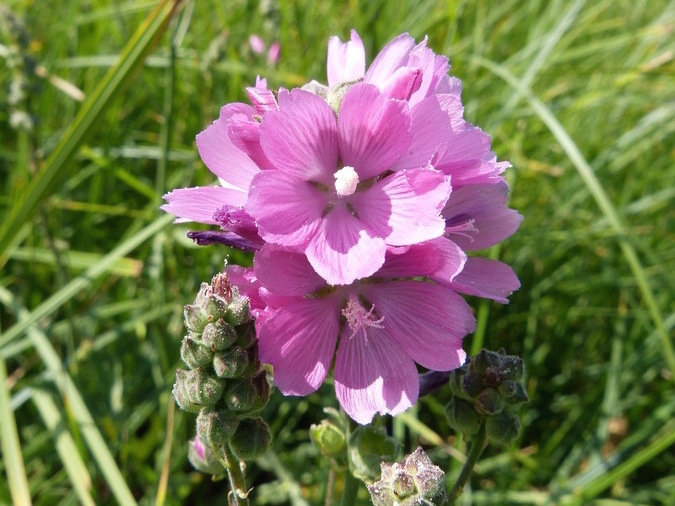 In the summer of 2018, right after his job interview at Sonoma Ecology Center, botanist and ecologist Jason Mills drove north up Sonoma Valley to Kenwood in search of a plant on the brink of extinction.

“When I saw that first population, there were probably, I want to say, 15 plants. And I went back the following year and it was down around seven. And last year I didn’t see a single one.”

The checkerbloom might have winked out forever. But this year about 10 plants have returned, and Mills—who got that position as Restoration Program Manager at Sonoma Ecology Center—is elated to have a hand in their restoration. It’s a tiny population, but there may be just enough to save this unique endemic species from extinction.

The Kenwood Marsh checkerbloom flourished when there was more of Kenwood Marsh to flourish in. According to SEC’s research, at its height this perennial wetland complex covered 400 acres over five miles, spanning from present-day Pythian Road to Glen Ellen. Today, Mills said, the area where the plant exists “is 20 feet by 15 feet. It’s a little tiny sliver of what’s left.”

Species in marshes “are really unique plants, because they need full sun, but a wet foot,” Mills said. “Every plant species seems to have a niche—its sweet spot.” Over millions of years, the checkerbloom evolved and adapted to thrive in a sweet spot that is no longer there. (Until recently there was another small population of checkerblooms in Knights Valley that is now thought to be gone.) Should it finally disappear from Kenwood, the checkerbloom’s only genetic remains will be 900 seeds currently stored at UC Botanical Garden in Berkeley.

As Mills sees it, there’s only one thing to do: create more wetlands for the checkerbloom to grow in. “We’re going to try to create similar habitat.”

Working with consulting firm Environmental Science Associates, California Department of Fish and Wildlife, and UC Botanical Garden, Sonoma Ecology Center is leading an effort to study the region’s groundwater hydrology, restore some of Kenwood Marsh with the help of local landowners, and propagate about 100 of UC Botanical Garden’s seeds.

It’s usually the more obscure plants that dwindle down to near-extinction, because they are less likely to be noticed. But the Kenwood Marsh checkerbloom is an exception.

“This plant is incredible,” Mills said. A relative of hibiscus, in the family Malvaceae, each summer it sends up a five-foot flower bolt, called an inflorescence, topped with vivid pink flowers. The fiery stalks stand out among the green marsh grasses, attracting pollinators from far and wide.

It’s a plant worth saving, in other words. And Mills intends to.