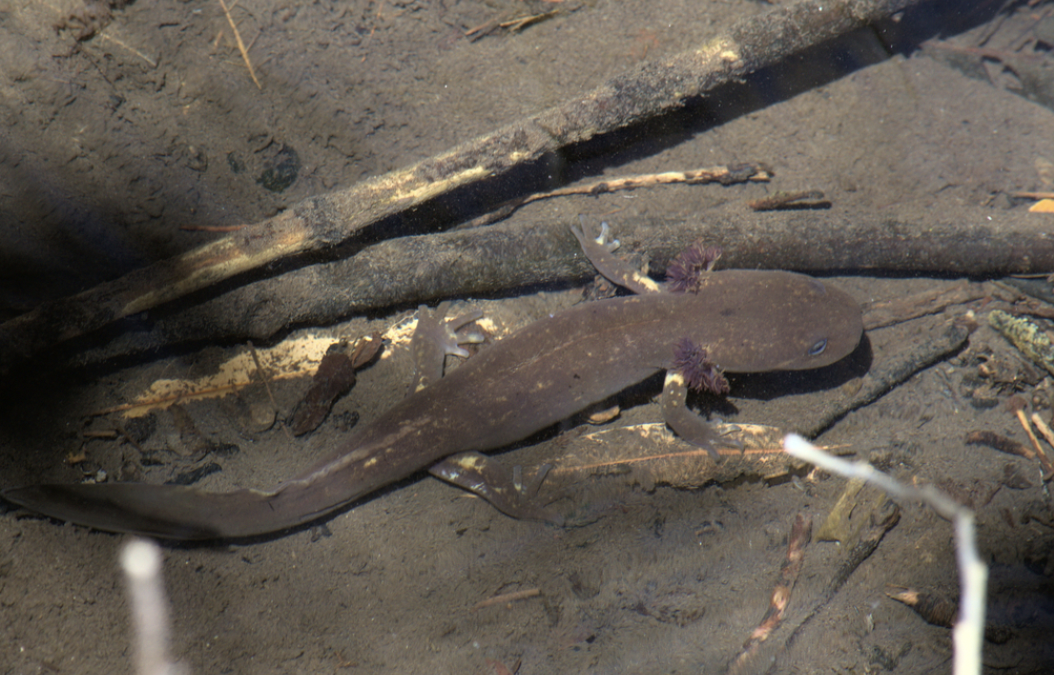 City Nature Challenge is an international event that takes place on the same weekend each year to encourage scientists and citizen scientists to document on the iNaturalist app any and all species they see in nature. Team Sugarloaf has participated in it for the past several years. Last year the pandemic interrupted a continuous run, and managers of Sonoma Ecology Center— which manages Sugarloaf—gave careful consideration to participating this year.

And they were rewarded with several incredible finds. In a remote northern part of the north side of Mt. Hood, a dozen naturalists spread out in teams to observe parts of the McCormick Addition of Sugarloaf Ridge State Park that burned in the 2020 Glass Fire.

“It burned quite hot last fall,” Dan says. “We found a lot of damage, but a ton of biodiversity coming back, including plants we hadn’t seen in a long time; fire followers, and some things that were not previously documented in the park.”

This was just one of the exciting pieces of the four-day City Nature Challenge, and what they found in the McCormick Addition is just a tiny tease of what turned out to be a naturalists dream weekend.

One of the more incredible finds was observed and documented by two elementary school teachers. Morgan Momsen, who teaches at El Verano Elementary School and Charlie McNeil, who teaches at Connolly Ranch, found a neotinic California Giant Salamander (pictured above) in one of the creeks in a very remote and rugged area of the park. Neoteny is the retention of juvenile characteristics into adulthood, Dan explains.

“These amazing creatures retain external gills like a larval salamander, but breed and are as big as other adults,” Dan says. These adult salamanders are typically found living outside of the creek, but the ones Morgan and Charlie found were living in the creek.

With some 39 observers participating, they documented 1,627 observations of 453 species. The total plant list for Sugarloaf is approaching 750 species, including 295 species of plants documented over the City Nature Challenge weekend. Given the recent fires and severe drought, the observations will be quite useful, he said.

“We are building a global database of what life is doing on that weekend each year,” Dan explains.

The very full weekend included four butterfly walks, with the greenhouse transformed into a butterfly pavilion with terraria full of caterpillars by iNaturalists John Hibbard and Alex Weishaar, a birding walk with Carolyn Green, an all day plant walk with Peter Warner, and an introduction to iNaturalist with John Lynch and Krissa Krause.

Bernie Krause, a Sonoma Ecology Center board member and renowned soundscape ecologist, and staff member Jack Hines, a GIS specialist and soundscape ecologist, led an inspiring evening listening to biophony. So mesmerizing was the session, even the little kids who attended “did a really good job of being quiet,” Dan says. Bernie passed around special headphones so each person could listen in to what the animals were saying.

“It’s amazing how much sound there is in the world humans don’t hear,” Dan says.

While not part of City Nature Challenge, that same weekend the North Bay Bear Collaborative held a bear scat training, which resulted in the finding of three bear scat samples. The samples are being tested and will help the Bear Collaborative, California Department of Fish and Wildlife, and Sonoma Ecology Center, estimate the bear population in our area.