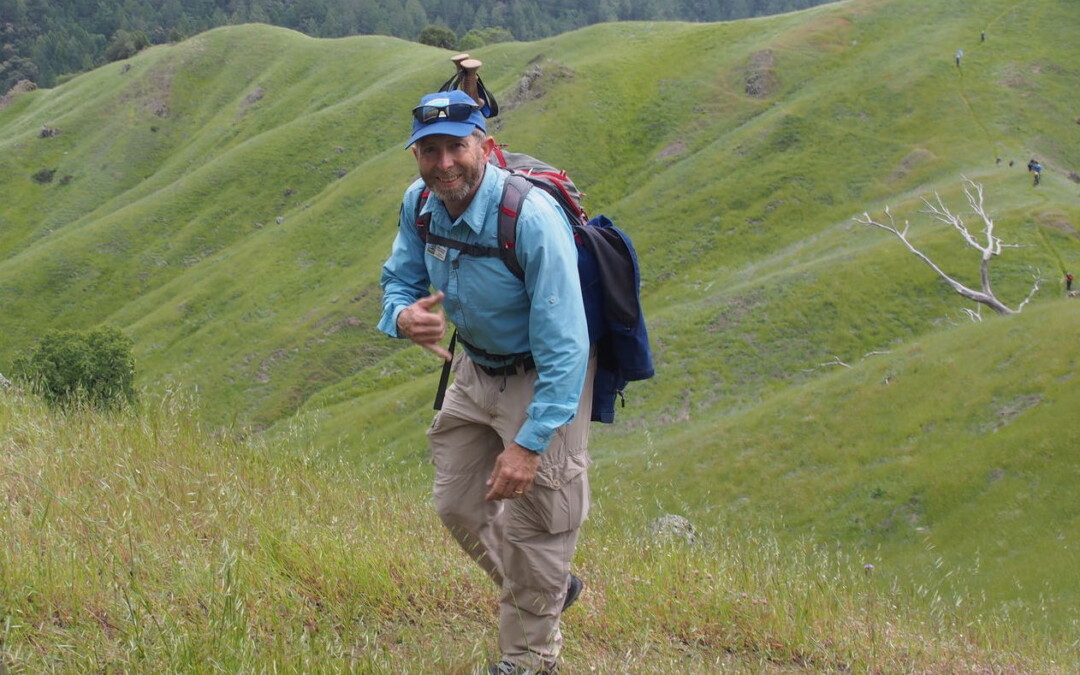 We’re very proud to announce that John Roney, park manager at Sugarloaf Ridge State Park and a Sonoma Ecology Center employee, was honored with a California State Senate resolution at the Capitol on May 7 by state senators Mike McGuire and Bill Dodd for his heroic response to the October 2017 wildfires. On that first frightening night of Oct. 8, high winds caused the fires to spread so quickly that campers in the park and residents of nearby Adobe Canyon Road were caught unawares – and some may have died had John and other park staff not risked their own lives to evacuate the area.

As Sen. McGuire stated from the Senate floor, “Mr. Roney, a former Boy Scout of course, and a retired United States Army colonel, jumped into action. He evacuated 50 to 60 campers scattered throughout a dozen campsites with his team, but he didn’t stop there.” 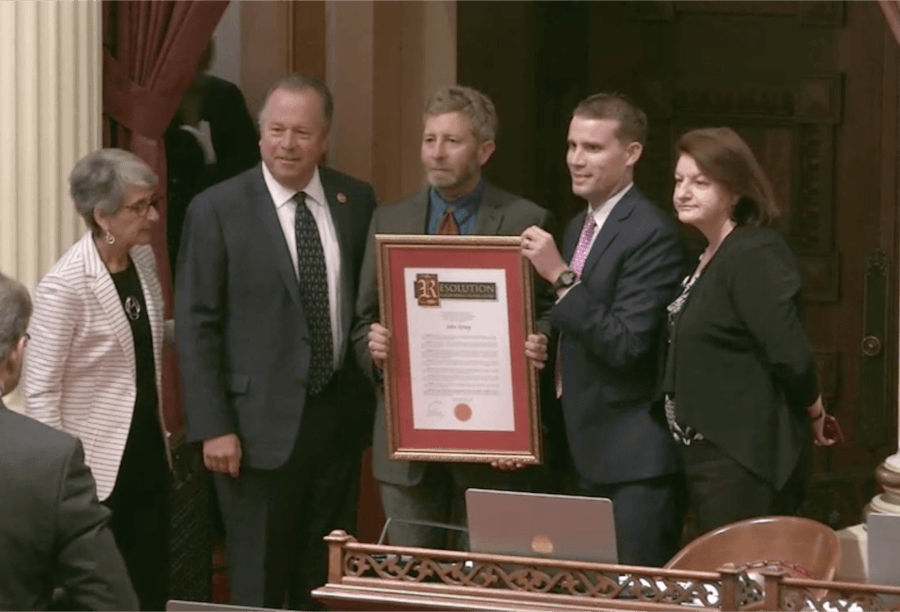 After that, McGuire continued, John “began evacuating dozens of private homes near the park. With the firestorm raging all around them, John made his way up and down a nearby road, blaring his horn, pounding on doors, shouting through a bullhorn, all to alert residents of the impending danger. And as a result of his swift and courageous action, dozens – dozens of North Bay residents were able to run for their lives, with the fire literally lapping at their doorsteps.” He added that John’s “quick and decisive action … has been credited with saving the lives of dozens of residents.”

John, who has managed Sugarloaf Ridge State Park for six years – after we assembled Team Sugarloaf to take over park operations amid a State Parks fiscal crisis – has remained characteristically humble about all these accolades.

Today, May 8, John will receive another honor in Sacramento when the California State Parks Foundation presents him with its Grassroots Champion Award. The foundation also is awarding Sonoma Ecology Center with a $25,000 grant to support fire recovery efforts. Thank you!