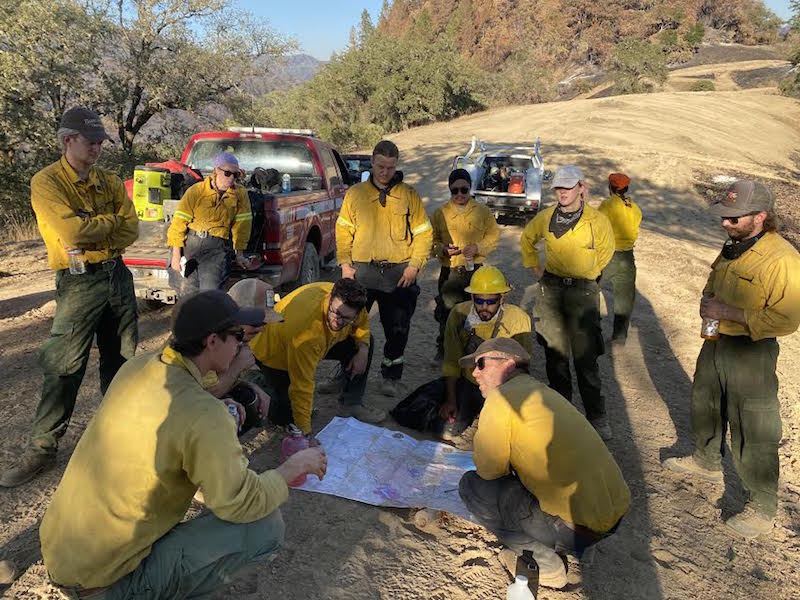 Garrett Gradillas is no stranger to fighting wildfires. After earning a B.S. in forestry from Humboldt State, and before becoming a restoration specialist for Sonoma Ecology Center, Gradillas was a wildland firefighter for the U.S. Forest Service, working fires around the West and earning such qualifications as “Firefighter 1” and “Incident Commander Type 5.”

So when wildfires erupted around California last month, Gradillas set aside his work restoring the creeks and woodlands of Sonoma Valley, strapped on his firefighting gear, and led a team working to contain the Walbridge Fire as it raged through northwest Sonoma County including Armstrong Redwoods State Natural Reserve.

“With the massive number of wildfires throughout the western U.S., firefighters are in short supply this season,” Gradillas said. “I feel the call when I see the news reports. It’s difficult to sit idly by with all of the training and experience I have.” 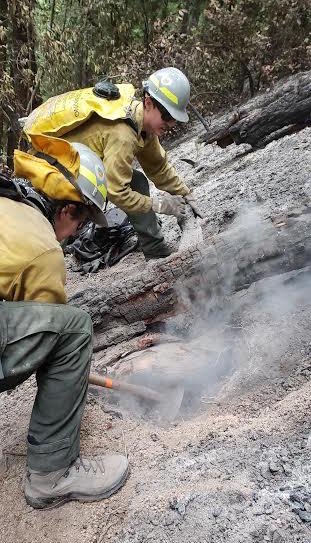 Through connections at Fire Forward, a program of Audubon Canyon Ranch, Gradillas was able to work with the Geyserville-based Northern Sonoma County Fire Protection District, which formed a squad of five crew members led by Gradillas to assist with the LNU Lightning Complex fires. The group, made up of people from diverse backgrounds—teachers, engineers, land managers and others—worked the Walbridge Fire from Aug. 31 to Sept. 13 and secured “large pieces of fireline” in Armstrong and along the fire’s western edge near Austin Creek. That fire is now mostly contained.

“Going direct, to cut the connection of fire and unburned vegetation, is the most effective way of containing and controlling wildfire,” Gradillas said.

“It’s a cool opportunity for him to grow, and for us to be involved,” said Jason Mills, who leads SEC’s Restoration team. “He’s a hero.”

In fact, it was the Van Hoosear prescribed burn that led to Gradillas’ recent firefighting work, because two partner organizations on that burn—Fire Forward and Good Fire Alliance—connected Gradillas with the county fire district.

Gradillas said he was thankful to Northern Sonoma County Fire Protection District, Fire Forward and Good Fire Alliance—“the network of folks that have an interest in fire and helping to protect our community. We were only able to accomplish this with the commitment and contributions of these great organizations and the people within them.”