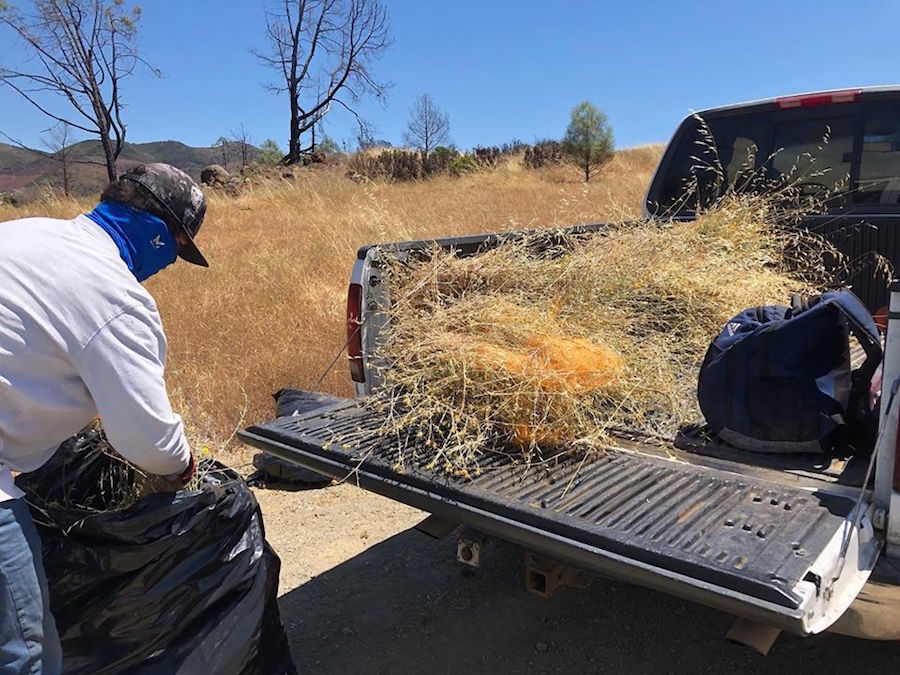 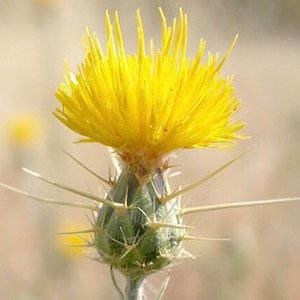 That’s why Sonoma Ecology Center’s Restoration team, through a contract with Sonoma County, has been working this summer to contain emergent Yellow Star Thistle populations inadvertently brought into north-county areas last year during the fight against the Kincade Fire.

We mapped and manually removed more than 700 pounds of plant material—and with each plant capable of producing hundreds of seeds, that adds up to tens of thousands, or possibly hundreds of thousands, of thistle seeds prevented from spreading in these sensitive environments.

The work, done without use of chemicals, helped to protect the headwaters of the Russian River on Audubon Canyon Ranch’s Modini Preserve.