Ode to a Sugarloaf Oak 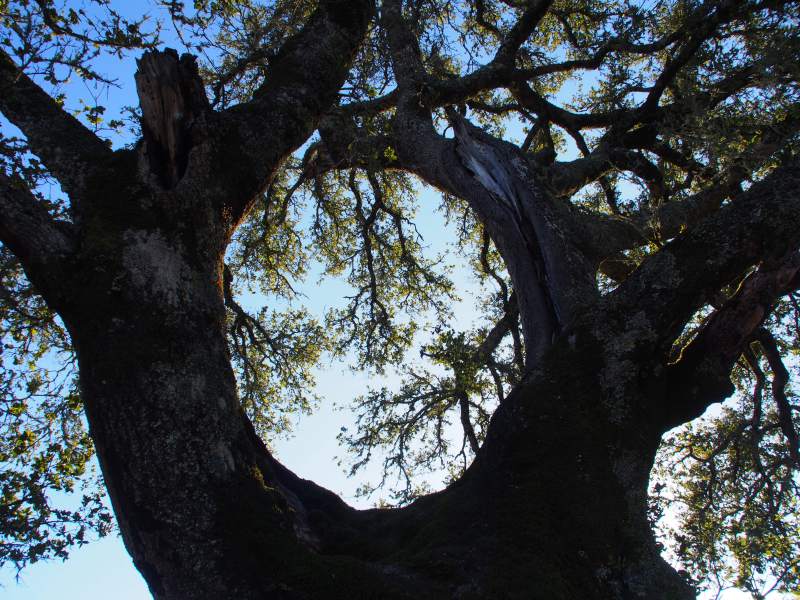 Some trees are so mighty and long-lived they almost seem immortal. But even they eventually meet their end.

So it was with the Grandmother Oak of Sugarloaf Ridge State Park. Located within the McCormick Addition, this gigantic valley oak fell in high winds during the last fire season, ending several centuries as a keystone species—a host and home to countless birds, mammals, reptiles, insects, fungi and so on—on that hillside

The tree was also a source of strength and inspiration for countless people over the years. As our own John Roney, Sugarloaf park manager, told the Kenwood Press, ever since McCormick Addition was added to Sugarloaf “the tree was the most popular destination in that section of the park, with many hikers seeking the tree for its beauty and the solitude of its location.”

A remembrance ceremony is planned for April, with exact date to be determined. In the meantime, another way to honor the mighty Grandmother Oak is to visit her sisters. There are more ancient valley oaks still growing here in Sonoma Valley, like the Grandmother Oak of Sonoma Garden Park. (For great video footage of it click the link and scroll down to “Season 2—Sonoma Village.”) This glorious and thriving tree was alive before Spanish explorers first set foot in California.

What is your favorite old oak tree of Sonoma Valley?