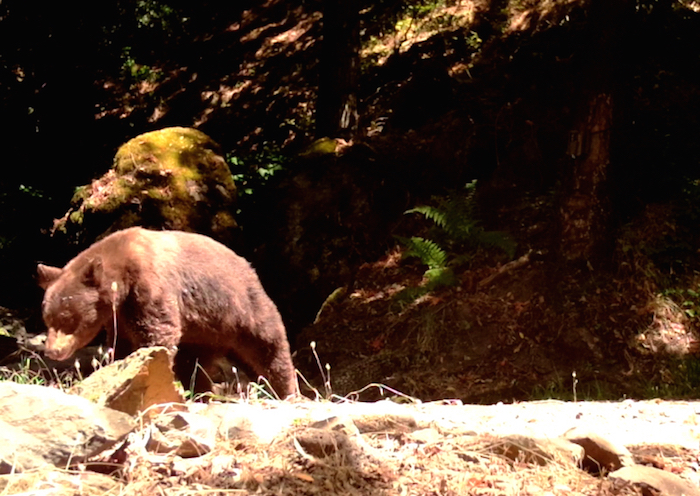 On a sunny Sunday afternoon in late July, a black bear strolled through Sugarloaf Ridge State Park, pausing in the shade to mark a tree before continuing on its way.

Two days later, just past midnight in an undeveloped part of Eldridge, something moved in the darkness. Briefly and silently, a mountain lion flashed by. 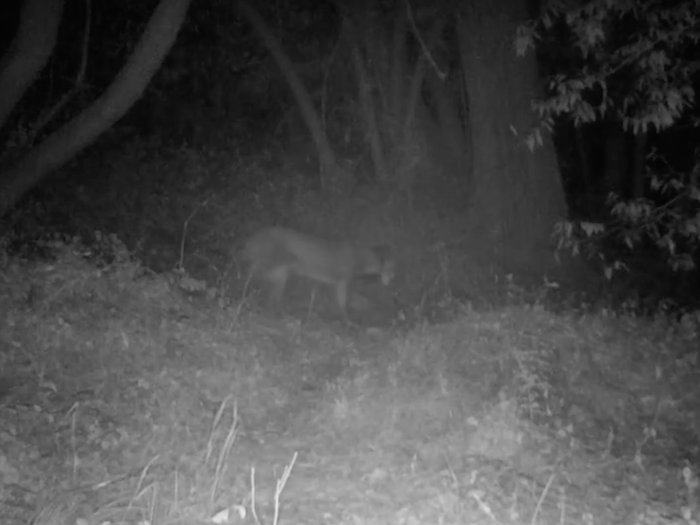 Both of these clips, and many more besides, were captured by motion-activated cameras operated by our researchers, who use the footage to learn more about the animals and their habitat – and to share these remote, otherwise unseen moments with the world.

The mountain lion footage “was taken with one of the new wildlife cameras we have deployed around the creek portion of the SDC property,” said Sonoma Ecology Center Research Program Manager Steven Lee. The cameras, he said, are “meant to document wildlife crossing through this important portion of the Sonoma Valley Wildlife Corridor.”

He added, “We also purchased two waterproof cameras that we are deploying in different pools around the (SDC) campus, trying to document the presence of fish and other species. We have collected some nice underwater video of several native and non-native fish residing within this reach of the creek.”

Such footage can be scientifically valuable. That mountain lion, it turns out, was known to researchers from Audubon Canyon Ranch’s Living with Lions program, who collared the 8-year-old male in 2017 and named him P5.

It may be that such footage is easier to come by lately as the populations of these animals are reportedly on the rise in California. Although true numbers on mountain lions remain as elusive as the lions themselves, experts feel confident their numbers are climbing based on conspicuous appearances in places not known for such sightings (like downtown Santa Rosa). As for black bears, the Department of Fish and Wildlife states that “the statewide black bear population is conservatively estimated to be between 30,000 and 40,000” – triple the numbers of the early 1980s.

As Tom Stienstra, outdoors writer for the San Francisco Chronicle, recently reported: “Wildlife species, including bears, elk, sharks, whales, eagles and others are at their highest populations in more than a century, a direct result of habitat protection and crackdowns on commercial take and poaching, according to the California Department of Fish and Wildlife.”